At the risk of sounding like I am crazy, I hear multilingual voices in my head. To learn native pronunciation, I first hear a native speaking in my head. 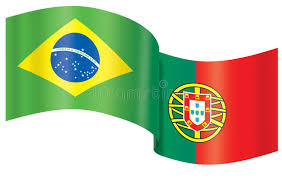 My accent is Brazilian with my consonant and vowel combinations and Portuguese by my vowels. When I put those together, I have a mixed accent and people don’t know what to make of me.

Most of the time, I am not consciously controlling my pronunciation or which accent is taking precedence. On my last day in Lisbon, I could hear my accent changing to be more European. First I heard Portuguese words in my head pronounced in European Portuguese when I read them on signs, menus, posters, etc. Then I heard my accent sound Portuguese rather than Brazilian when I spoke.

Hearing a particular pronunciation or accent in my head is part of how I process learning the prosody of languages and accents. For example, sometimes when I see an advertisement for Christiane Amanpour on CNN, I can hear her voice and her distinct mixed British-North American English pronunciation in my head. It’s not like I like hearing voices in my head, but this is how my brain works! Once when I was in Armenia, I was reading the Russian translation of the novel, Yeni Hayat (New Life) by the Turkish author Orhan Pamuk. Instead of hearing the words in Russian as I would pronounce them, I heard the Russian words with an Armenian accent. The Armenian accent in Russian was so common for me to hear while I was in Armenia that it stuck with me. It was driving me crazy to hear the words with an Armenian accent in my head instead of how I would pronounce them that I had to stop reading the book! The strange thing was that I never tried speaking Russian with an Armenian accent.

A polyglot linguist friend of mine told me that he also can hear people’s voices and their accents in his head. Hearing voices in one’s head may be a conducive way to mimicking accents and having good pronunciation.

Admit it, do you hear native voices and accents in your head in other languages? You’re not alone!

Foreign language education: keeping us from being stupid

Accents matter. Which one to choose?

Music can bridge the income gap in education