I think about melody and music much more in learning Mandarin than I ever have when learning any other language. Scientific research has also confirmed that tonal languages share space with musical memory in the brain. In this post, I would like to share the many ways that thinking musically will help you advance in Mandarin, as well as how to (and how not to) use songs as part of your language learning.

Mandarin has five tones: four main tones and one neutral tones for unstressed syllables in compound words or at the end of sentences. The tones are numbered one through four. Each Chinese character represents one syllable, and each syllable has a tone. When you learn how to pronounce a character, it’s obviously important to learn the tone.  But trying to remember which number tone is quite difficult. Instead, it’s best to remember the way the syllable sounds, including the tone, the way you would remember a musical note.

Most characters can be words on their own or can be combined with other characters to make a two or three syllable words. This is immensely helpful in learning how to pronounce both the whole word and the individual characters, because you can remember a melody instead of an isolated note.

The easiest way for me to learn a new word is from a native speaker or an audio recording. I try to listen to the word’s melody and repeat the word several times, exaggerating the  melody. The key is to remember the word as if it were a line in a song.

As I work on improving my pronunciation in Mandarin, I pay special attention to practicing correct pronunciation of complete sentences and phrases. I might never use a particular phrase again, but the phrase represents a complete melody that I can use to remember words and syllables.

In addition, the tone of an individual syllable can change based on the tones of the syllable that follows it. It is much easier to remember the melody of useful or common phrases than it is to try to sort through all the different pronunciation rules in your head while you are trying to speak.

As a Chinese learner, getting the rhythm down can also be somewhat vexing, especially when you are trying to read a text out loud. Because individual characters can be either stand-alone words or parts of compound words, it is easy to pause in the middle of a word if you read it incorrectly or don’t know the word.

Chinese, just like other languages, also has a specific rhythm. Stressed words are sometimes stretched out, while other words can be pronounced very quickly. Listening phrases and sentences as you would listen to a song, and repeating the pronunciation as you would practice a song, will help both capture the right tones and figure out which words are often rushed through and which ones are often drawn out, ultimately making your speech sound much more natural. 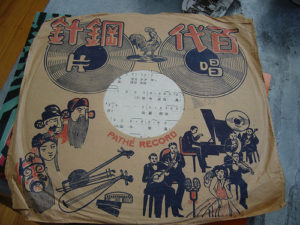 Now that I’ve spent all this time talking about melody and rhythm, it’s time to talk about the limitations of real music for Chinese learners. Music is great for learning language, not least because it is fun to listen to. But if learning tones is your goal, listening to music will probably not help you much. That’s because like all other music, music in Mandarin follows a melody – a melody that is totally unrelated to the tones of individual words. When singing, Mandarin speakers ignore tones completely. Listeners have to rely on context to know which words the singer is actually saying. The one exception to this is rap music – because rap music is more spoken than sung, the tones are preserved. So if you want to listen to music and practice tones, rap is the way to go.

Listening to music in Chinese can be useful for other reasons. It can help you learn vocabulary and solidify your understanding of different grammar concepts. It will also help with pronunciation. When people discuss what is difficult for Westerners learning Mandarin, tones get the most attention. But there are other Chinese sounds that I find very difficult. For example, there are a number of consonant sounds in Mandarin that I find exceedingly difficult to differentiate, let alone reproduce myself. Listening to music – and singing along – certainly helps with those kinds of pronunciation problems.

Melody and music are really important to learning any tonal language, including Mandarin. Thinking about the words and sentences as you would think about a song will help your pronunciation tremendously. Just be careful about learning tones from actual songs! 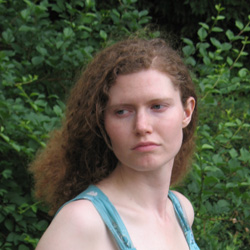 Emily Liedel is a semi-nomad, polyglot and writer. She has lived in Switzerland, Russia, Spain and France, and speaks fluent German, Russian, Spanish and French. She has been learning Mandarin off-and-on for the past 8 years, and currently planning a five-month language-learning trip to Beijing. She writes about language learning at The Babel Times.

Learn Portuguese, not portunhol/ portuñol, by listening to Brazilian music

What does it take to keep a language alive?