Listen to this new Subtitle podcast episode “Is a polyglot’s brain different?”,  to find out the answer.

You’ll also learn about my language-learning story and about the brains of people who speak many languages.

I did an fMRI brain scan at Ev Fedorenko’s Language Learning Lab at the Massachusetts Institute of Technology (MIT) to study the differences between the brains of those who speak 1 language and those who speak multiple languages.

It was an honor to have my brain discussed in the same podcast episode about Emil Krebs, the famous German polyglot who new 68 languages! I know just a fraction of that # of languages. Patrick Cox, the journalist who interviewed me, did a wonderful job in finding audio clips from the Portuguese radio station in San Jose California that played a key role in my learning Portuguese. 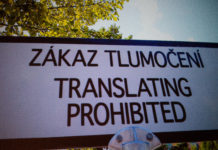 A musician and polyglot discuss how to learn languages with music