January not only brought in a new year, it brought in three new books! 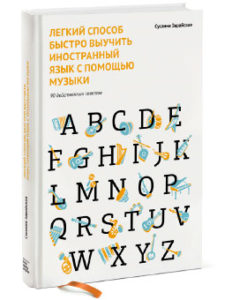 In this video, you can hear a short Russian radio broadcast in Russian on 18 January 2014 about how the book teaches people how to listen when learning languages:

To make January not seem as cold as it is in the Northern Hemisphere, the Portuguese edition of Language is Music, Idioma é música, was published and brought some Brazilian sunshine to my life!

Brazil is getting ready for the World Cup and Olympic Games and I want to help Brazilians learn other languages.

If you read Portuguese, you can read these articles in the Brazilian-American press about Idioma é música:

Adding to the new books, I also did some more media interviews about why and how to learn foreign languages, with a special focus on Spanish-speaking immigrants in the US. I had an interview on Tu Desayuno Alegre (aired 11 February 2014) and I was interviewed by the Panamerica World online magazine in Spanish (Susanna Zaraysky: 8 idiomas, 8 formas de interpretar el mundo) and in English (Susanna Zaraysky: 8 languages, 8 ways to interpret the world).

Gift for the holidays: how a language saved a life

What makes the 20 most spoken languages tick?

The importance of female role models for female language learners