“I live in the San Francisco Bay Area. When can I see that Ladino film you co-produced?”

“Huh? What? You made a documentary?”

Saved by Language: About the boy who saved his life in WWII by speaking in Ladino to an Italian colonel and Hispanic US pilot. See demo here:
“I want to know more.”
Read this article : From the J Weekly newspaper in San Francisco:
http://www.jweekly.com/article/full/75910/how-a-dying-language-saved-a-life-during-the-holocaust/
** Article Corrections: I can speak Ladino and Bryan Kirschen is a professor at the State University of New York at Binghamton and not at New York University.
If you can’t make it to one of the events, you can rent or buy the film here.
———

PRESENTATIONS ABOUT THE FILM (NOT FULL SCREENINGS)

Thursday, October 29, 2015: 6:30pm-8pm
Free Screening; Co-Producer, Susanna Zaraysky, will speak about Ladino and the making
of Saved by Language at the University of San Francisco.
University of San Francisco, 2130 Fulton Street, San Francisco, CA 94117
The film will be shown in two rooms, one with Ladino subtitles and the other with English subtitles.
#
Tuesday, November 3, 2015: 7pm
Free Screening
The Magnes Collection of Jewish Art and Life
The Magnes Auditorium
2121 Allston Way
Berkeley, CA 94720
Saved by Language (2014) + Jews of the Spanish Homeland (1929)
Presented by The Magnes Collection of Jewish Art and Life and the University of California
at Berkeley Townsend Center for the Humanities
as part of the Depth of Field 2015-2016 Seminar Series: Sephardic Identities on Screen. 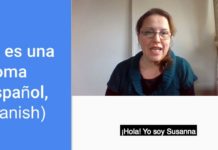 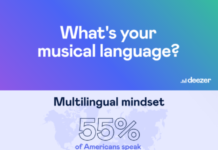 CNN interview: Why maintain an ancestral language like Ladino