On Sunday 30 August 2015, I woke up and out of a bad habit, I checked my email. The first email message I received was from a friend, telling me that she had just read that the famous neurologist, Dr. Oliver Sacks, had died of cancer. I was distraught and struggled to contain myself to get out of bed and get ready for the day. The entire day, I vacillated between tearing up about his life and completing the many tasks I had. I happened to be on the coast, enjoying the central Californian coastline. As much as I wanted to just go for a long walk and look at the beauty of the coast, I was constantly brought back to the importance that Dr. Sacks had in my life.

In 2006, Dr. Sacks completely revolutionized my life. I read an article called “Stereo Sue” in The New Yorker magazine, about Prof. Sue Barry who had developed three-dimensional vision in her forties by doing binocular vision therapy. Until reading that article, I didn’t know that I couldn’t see in 3D. It was Dr. Sacks’s article, which I had chanced upon, that informed much of what was going to come in my life. I started to understand why I was having so many problems driving and merging in traffic and playing different kinds of sports. Two years later, I listened to the audiobook version of his book, Musicophilia, Tales of Music and the Brain, about how the brain reacts to music and how some of his patients who had had strokes, couldn’t speak, but they would react to music, sometimes singing, playing music or even dancing. Musicophilia set me on a path to write my own book, Language is Music, about how to learn foreign languages using music in the media. It wasn’t until I listened to his book, that I understood that the key element in my ability to mimic accents and remember words and phrases and grammatical patterns was because I listened to a lot of foreign language songs.

It was actually somebody who didn’t even know me, who recommended the book to me once in an email. She had no idea that that recommendation was going to set me on a path of doing presentations in various parts of the world and doing many media interviews to help people learn foreign languages.

I’ve read many of his other books and seen movies based on his work, including Awakenings and The Music Never Stopped. I often talk to people about his book during my presentations and my interviews. My gratitude towards him has never been silent. However, there was something that I wanted him to see before he died.

In February 2015, I read the New York Times article, My Own Life Oliver Sacks on Learning He Has Terminal Cancer written by Dr. Sacks about his cancer having come back. I knew that he had been diagnosed with cancer a few prior. Due to his cancer operation, he lost sight in one of his eyes, forcing him to lose his stereo vision, a topic he not only wrote about very much, but it one that he found to be incredibly fascinating. He was a member of the New York Stereoscopic Society. Since I didn’t have stereovision, I found his description of losing his stereovision in the book, The Mind’s Eye, to be fascinating because I had been working towards improving my vision and brain capacity to actually see in 3D.

When I read that Dr. Sacks’ cancer had returned, I cancelled all my plans that weekend. I was planning on going to a music concert and doing other things with friends. I had been in the process, for the last year and a half, to write a book about my vision and about the binocular vision therapy that I had been doing to improve my vision so that I could see in stereo, just as Dr. Sacks had described about “Stereo Sue.” The book was to be dedicated both to Prof. Susan Barry and to Dr. Oliver Sacks. I was thinking of finishing it by the end of this year. But when I read the news that he had cancer and that it was spreading through his body and that he had a limited time to live, I knew that I needed to finish my book as soon as I could so that he would at least see the cover and the dedication page in his lifetime. I sent him a handwritten letter upon reading his news and a DVD of Saved by Language, the film that I had co-produced. I told him that I was working on another book to be dedicated to him. Balancing work responsibilities, the film, and other projects, I submitted the manuscript to my graphic designer at the beginning of August. The day that the graphic designer was due to send me back the first formatted version of my book, on August 30th, was the day I found out Dr. Sacks had left us.

I felt that I had done everything I could to complete the book in time for him to see it. I wanted him, in his lifetime, to see on paper again how much he had impacted my life. Doing vision therapy to improve my vision and rewire my brain has not only improved my visual acuity but has also changed the way I interact with the world. I value relationships in a new way. It has given me a new way to see life, feel and appreciate my world. This is a type of rebirth that very few people get to experience. Sometimes people have this through some spiritual awakening or because they’ve recovered from a major illness that has made them revamp the way they live their life. I got this gift of seeing and experiencing life anew because Dr. Oliver Sacks wrote about a Prof. Sue Barry in a magazine article in 2006.

Let me give an example of how captivating his writing is. Well before his last book, On the Move, was published, I received an email newsletter from his office that his new autobiography would be coming out on Tuesday, April 23rd. There was only one other time in my life that I had preordered a book and that was Dr. Sacks’ book, The Mind’s Eye. I came to bookstore the day it came out and I got my copy. I went to a Turkish cafe in Mountain View, and I sat down with my türk caj black tea and sigari böregi (fried cheese) and I dived into his book.

The next day, I had to take the train to go to San Francisco and then to Berkeley. I was immersed in On the Move when the train suddenly stopped without much explanation for 30 minutes. I saw police in bulletproof vests walking on the platform and I didn’t pay much attention to them. Fascinated by his stories of growing up in England, how he came to the United States and the many doubts he had as a writer, neurologist and in his life, the fact that my train had been delayed for 30 minutes and that police in bulletproof vests were going in and out of the train for an unexplainable reason didn’t bother me. I barely even noticed. When the police with huge weapons got onto the train and told us all to put our hands up, at that point I did put the book down and put my hands up. I found out later on that the police received a tip that a murder suspect was on the train. If I hadn’t been reading Dr. Sacks’s book, I probably would have been anxious and worried about why the police had stopped the train and why they were pointing a gun to my head. Once the police left, I just went right back to reading Dr. Sacks’s book.

What is amazing in all of the interviews I’ve heard and read of Dr. Sacks is his absolute modesty. Most physicians treat the patients that they see in their offices, clinics or in the emergency room, but Dr. Sacks has probably “treated” millions of people around the world, whom he never met and with whom he did not share a common language. It is because of his beautiful prose and how he made medicine not only understandable but exciting to somebody who, like me, didn’t know the difference between her kidneys and her liver. It was through the power of the pen and his wonderful ability to communicate with his patients that he could spread his medicine and his knowledge to people all over the world.

It’s rare for an author to have such a power over the reader like Dr. Sacks did. It is my sincere hope that even though he’s no longer with us, that more people like me will have their lives positively changed for the better by reading his books and articles, listening to his radio interviews, watching TV interviews, or watching movie adaptations of his books.

Dr. Sacks, you will be missed by millions around the world, but never forgotten, because of how you changed our lives.

Thank you, Dr. Sacks, for being you.

P.S. I plan on publishing the book about my vision, One-Eyed Princess, at the beginning of 2016. 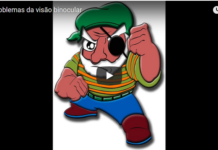 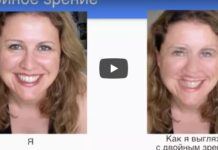 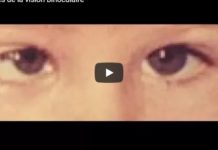