(Photo is of Lisbon, Portugal.)

Feeling like I am in Portugal without leaving the United States

I ventured into the Little Portugal area of San Jose, California, where the local immigrant population from the Azores islands convene around a church, a couple cafes and restaurants and a store. Oddly, I hadn’t been there for over 10 years. I say this is odd because I learned most of my Portuguese via KSQQ, the Portuguese immigrant radio station but I hadn’t been to a Portuguese community event since a fado music dinner in 2000.

From movie set in Lisbon to San Jose, California 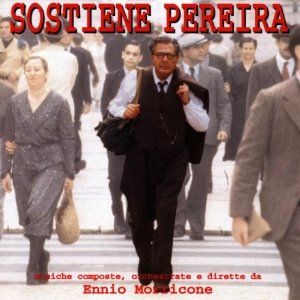 Having recently re-read the book, Sostiene Pereira (Afirma Pereira in Portuguese and Pereira Declares in English), by Antonio Tabucchi in the original Italian, set in Lisbon in 1938 when the António de Oliveira Salazar dictatorship was setting nationalist policies and censuring the press, I had a strong desire to be in a Portuguese environment and experience a bit of the café culture described in the novel. (I’ve also seen the movie, starring Marcello Mastroanni, many years ago and am getting a group of my friends together to watch it in Italian.) A journalist/translator, Pereira, thinks he can live his life without being bothered by the censorship and politics of Salazar. By meeting some idealistic young Portuguese rebelling against the fascism of the Iberian peninsula, he realizes the power he has as a translator and journalist to show the Portuguese people another way of being and thinking outside of the nationalism of the dictatorship. It’s ironic that by reading in Italian, I longed to be in a Portuguese environment. But it wasn’t the language of the book that had the effect but the description of the cafes and bars of Lisbon and the food that drew me in.

I went to Cafe DoCanto and I felt like I was back in Portugal. I had been to Lisbon in the late 1990s on a short family holiday. The café menu was on two framed sheets of paper on the wall. No chalk boards or big signs like in normal cafes in the US. Just paper. Little Portuguese doces portugueses (sweet Portuguese pastries) were on display. Eating my inexpensive cheese sandwich made with toasted Portuguese bread, butter and cheese, I I reminisced about my wonderful sandwiches in Portuguese cafés. The refrigerator had some Brazilian sodas as well as other non-American drinks. I could imagine local Portuguese people drinking their coffee in little cups at the counter. However, the cafe was getting ready for a private party and I seemed to be one of the few customers. Two flat screen TVs showed Brazilian soap operas and Portuguese news on RTP – Rádio e Televisão de Portugal but with no sound.

Being and not doing

Did I utter one word of Portuguese in the cafe?

I even thought to myself how strange it was that I, who motivates people to learn Portuguese and other languages, was not speaking in Portuguese.

Sometimes I refrain from speaking when I am in a place that I simply want to experience because I know that when I speak in the language, I will have to answer questions about myself. I am in a Brazilian hiking group and whenever a new Brazilian joins the group and hears my Portuguese, I get the same questions about my mixed mid-Atlantic European-Brazilian Portuguese accent. I explain that I began learning the language with Portuguese immigrant radio and continued with Brazilian music, movies and friends and trips to Brazil so my accent has both European and Brazilian influences. I had no desire to explain my accent again and preferred to just absorb the environment around me.

It’s good to be at a point in one’s language learning to feel comfortable just being and not doing. If you feel like you just want to be in a language environment and soak in the language and culture without attracting attention to yourself, just do it. It’s like being a traveler in another country and admiring the language and culture for what it is without you as a foreigner interrupting the normal flow of life. Part of language acquisition and learning any language is listening. To be honest, I wasn’t listening with a keen ear to pick up on the inflections of voices and to learn new words. I was just being me.

Two days after my Portuguese culture evening, I spent five hours hiking and having lunch with my mostly Brazilian hiking group where I spoke in both English and Portuguese. Therefore you can’t accuse me of not using my language. It’s a choice of when you want to speak and when you want to just “be”.

The Language of Race and Gender

Human spirit is stronger than politics. Music feeds the spirit and...

Listening to (and Saving) the World’s Languages (New York Times)