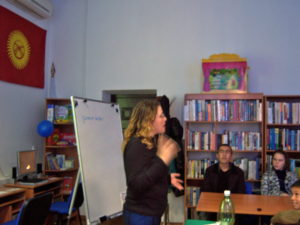 In the past year, I’ve been paying more attention to reaching out to girls and women who want to learn foreign languages. While speaking to Benny Lewis at the beginning of the year, we talked about why there are more men publicizing their language knowledge online than women. You can see Benny Lewis’ blog post on the gender differences in polyglot activity online and my post on the subject. Jennifer Wagner of IE Languages and I also had an email exchange on the topic which she discusses in her blog post, Female Polyglots and Language Learners – Where Are You? .

What I am thinking about how is how being multilingual can impact a woman’s life, especially if she’s in a country where the status of women is low and women are kidnapped to become brides. As I am originally from the former Soviet Union, the problems faced by women in this part of the world concern me deeply. Although Russia does not have a culture of bride kidnapping, many women are trafficked from Russia and other Russian language countries to be sex slaves in Europe, the Middle East and elsewhere. See my blog post, Could speaking English empower female sex trafficking victims to escape? for more information about how knowing English could help sex trafficked women escape.

Earlier this month, I was in Kyrgyzstan (Central Asian country near Russia and China) giving presentations on how to learn English and other languages using TV, songs, movies, radio and other media. (Based on my book, Language is Music.) I’ve always seen education as a means to freedom. I gave eight presentations in English and Russian three days to audiences of students (12-15 year olds and university age) and teachers and professors about language learning via music and the media because I firmly believe in the necessity of being multilingual. In a landlocked country such as Kyrgyzstan, it’s imperative for young people to learn other languages so they can do business with Russia, China and other countries. Otherwise, they are stuck in a country with limited growth potential. Besides, who besides the Kyrgyz speak Kyrgyz (a Turkic language)?

After one of the presentations to university students, I remarked to lady organizing my presentations on how impressed I was with the young women who attended the presentation. The young Kyrgyz women asked good questions in English about how to teach or learn languages. The embassy employee agreed but lamented that these girls may never use their knowledge and intelligence because they might be kidnapped to be a bride and live on a farm. (Bride kidnapping is a traditional practice in Central Asia.)

“Even university educated women are stolen and their parents allow it?” I asked.

“Yes, even the ones whose parents are educated, get pressured into marriages they don’t want in order to maintain their family’s honor. According to Kyrgyz culture, if a girl refuses the marriage proposal, the groom’s grandmother will lay on the floor and the girl has to walk over the body of the grandmother. Most girls will not have the courage to step over the grandmother and shame their own family by saying no,” she explained.

I was horrified. The girls I spoke to seemed intelligent and thinking for themselves. Could they really give up their educations to raise chickens and sheep on their unwanted husband’s farm or do something else unrelated to their desires to be English teachers just to please their captor and his family?

But if girls who are stolen into marriage don’t get to exercise their education, I wonder if knowing English will ever benefit these women or not. Maybe the best one can hope for is that the children of the kidnapped girls will learn English from their mothers. That is of course if their husbands allow them to educate their children, especially the girls.

Or could it be that a girl who speaks excellent English and is on the path to work in an international agency or an export company might be too much to handle for the type of man who would prefer to steal his bride the traditional way rather than win her over with his charm, wit, intelligence and/or looks?

My goal is that by speaking various languages, both men and women empower themselves. In the case of women in countries where they are seen as objects to be stolen for marriage, I’d like to think that speaking English could strengthen a woman to think for herself and act on her desires, not those of others. Foreign languages open our minds to think in a new way. 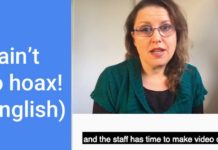