Minde, a Portuguese village of 3000 people, has its own language, Minderico. 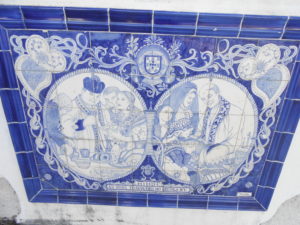 Minderico developed as a secret language of the textile merchants in the town of Minde. When I heard it, I couldn’t understand anything even though the language has Latin roots.

Most of the residents of this village, which used to have a population of 7000 people, don’t speak the language.

Vera Ferreira, and her team at CIDLeS (the Interdisciplinary Centre for Social and Language Documentation), are working on documenting the language and teaching it in schools to ensure that at least some members of the younger generation know the language. One of the biggest threats to a language is when there are no young people who can speak it.

Vera’s team organized a conference and the first ever endangered language music fair  in Europe in October 2013.

Here’s an interview I did on the Portuguese morning TV show, Praça da Alegria, where I speak (in Portuguese) about Minderico and about my book, Idioma é música:

There are many factors involved in keeping a dying language from the graveyard of languages. I’ve written about using music to keep languages alive. What the town of Minde is doing is keeping the language in public view so at least people can see that it exists. There are many newcomers living outside of the main village who did not grow up hearing the language.

Various businesses throughout the town have signs in both Portuguese and Minderico. 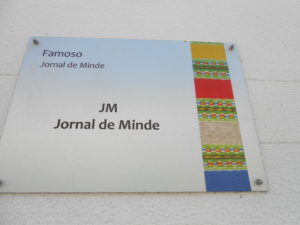 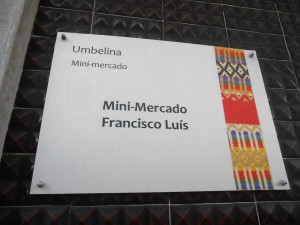 The jazz bar of Stamine has its menu in Portuguese and Minderico. Sugar is called “Sal do Brasil”. Coffee is “João da garota”. 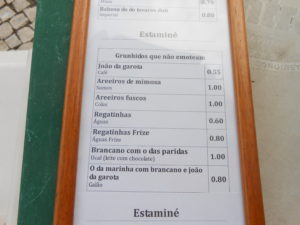 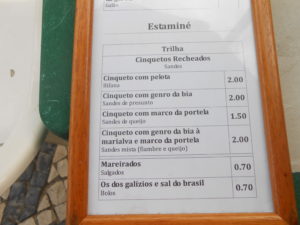 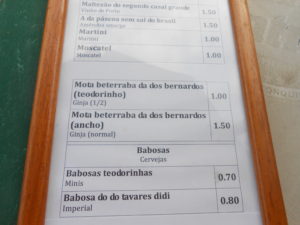 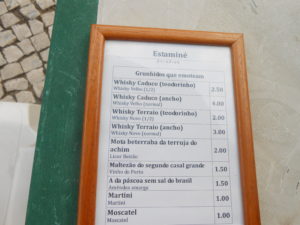 What are you doing to conserve an endangered language in your area?